Tigers on the “Verge of Extinction”

by Megzus • on Life, Nature • October 8th• has no comments yet!

The world’s tiger population is declining fast despite efforts to save them, and new strategies are urgently needed to keep the species from dying out, international wildlife experts said on Tuesday at a 13-nation Tiger conference held in Kathmandu.

An estimated 3,500 to 4,000 tigers now roam the world’s forests, down from the more than 100,000 estimated at the beginning of the 20th century. All the remaining tigers are in Asia. . Participants at the conference, including the World Bank, the World Wildlife Fund and other groups, discussed strategies for tiger conservation, as well as challenges such as poaching, the trade of tiger parts and conflicts between tigers and local populations. 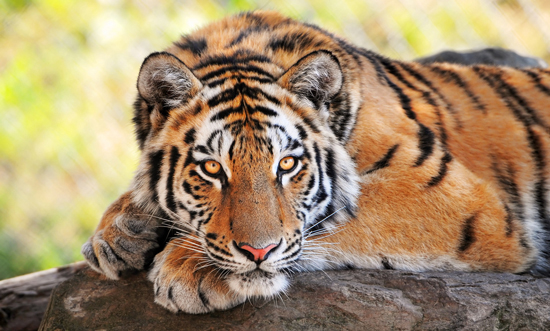 “We are assembled here to save tigers that are on the verge of extinction,” Nepal’s secretary of forest and soil conservation, Yuvaraj Bhusal, told a conference of tiger experts from 20 countries, including 13 of the 14 nations where wild tigers are still found.

“Despite our efforts in the last three decades, tigers still face threats of survival. The primary threat is from poaching and habitat loss,” said Nepali Prime Minister Madhav Kumar Nepal. Extreme poverty has also challenged efforts he said. “Global and regional solidarity and corrective measures are more necessary now than ever to face these challenges.”

Tigers are already believed to be extinct or near extinction in Malaysia, Laos and Cambodia and are highly endangered in Northeast Asia with possibly unsustainable populations. The South China Tiger has not been seen for several years and is also thought to be extinct.


China has a specific role to play as tiger parts are routinely poached by Chinese gangs across Asia seeking them for traditional Chinese medicine cures and as aphrodisiacs.

Kindle Fire HD vs. Nexus 7: Which one is right for you? - Comparison with Videos and Images

The 18 countries with the lowest tax rates in the world